I've been back for a few days now, and I'm more or less back in the western groove. My first trip to a grocery store was a little unnerving, though -- the prices! the choice! the stuff we think is "necessary"!

My extra day at heathrow was a good shunt back in, though -- if I could process this: 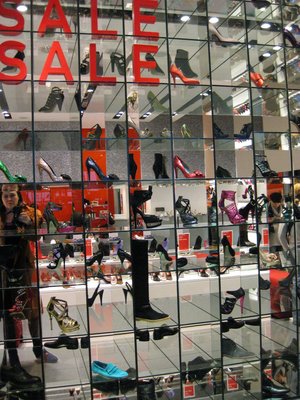 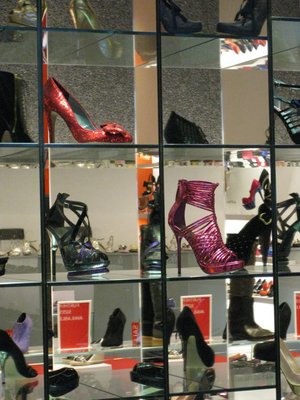 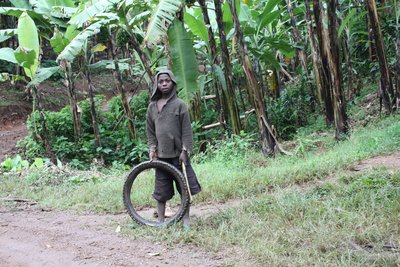 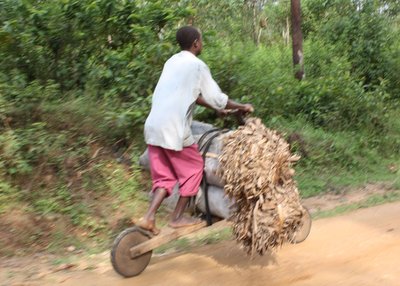 Day 1 and day 2 on Kili... these are facebook links, but I've made them public, so everyone should be able to see them.

The long trek across what we dubbed the Plains of Despair, the windy chill desert between Horombu and Kibo huts. Middle of Day 3, the first leg of the Longest Day that included the midnight summit ascent. Altitude gained between about 3700m and 4700m. 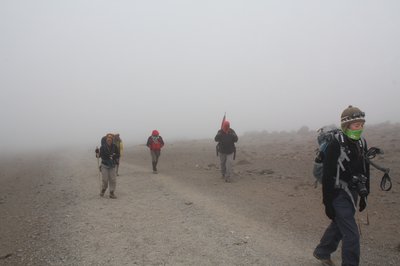 Me, at dinner, the first night on Kili. Look how clean I look on day 1 of 5 without a shower.

The huts at Mandara are on the edge of the rainforest, still within the treeline, and are downright cosy. There's a nice little dining hut, and sleeping huts with four bunks each. We laughed like maniacs going to sleep that night, making fun of the performance anxiety of Flip's steripin (water purifier). When darkness submerged us, the screeching of the colobus monkeys in the night made the many nocturnal trips to the loo unearthly, to say the least. 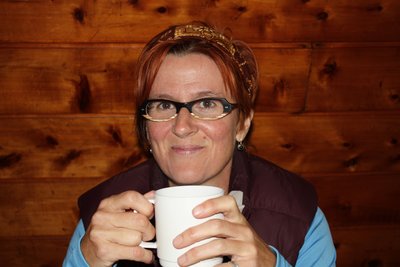 It was truly impossible to post pics from Africa -- it's hard to imagine the difficulty of dealing with today's web on ancient dialup. Most places I was, internet was only available on someone else's ancient computer, with no way of moving a pic even if the RAM and internet speed could have handled it. Several times I completely lost finished blog posts. Many days there was no ability to find internet at all. Imagine the internet in africa being akin to water -- in the west, it flows freely and potably (a word?) from a tap; in africa, it's fetched on foot in yellow plastic jerricans from a km or two or more away.

When I get home, I'll post a whole whack of pics on facebook and post a link here. For now, one at a time is manageable.

I haven't had any time at all to sort through my 1000s of pics. Most days with the kids, I handed my little Canon elph to one of them and had it returned, dolefully, when it was dead. And I took a lot of shots myself with my delightful new Rebel, and the others took many too. But they'll be doled out.

One of the kids and me: 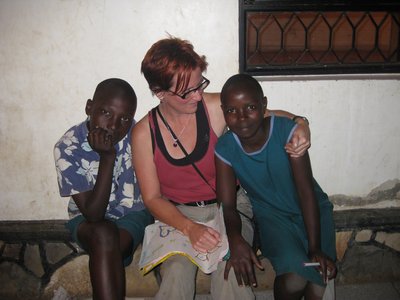 And, mama gorilla and baby: 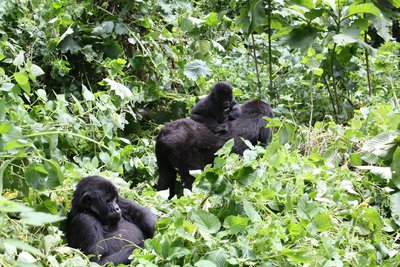